Mantis 9 is a locally owned grow store serving the greater Kansas City area and beyond!!

We are here to serve the KC area and far beyond the best possible soil, supplies and education for all of our customers. We want everyone who leaves our store to leave with two green thumbs! Let's grow something beautiful!

Make sure you check out our in house rosin pressing and THC/CBD testing!!! 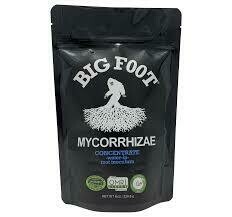 Big Foot Concentrate is a water-in product. Concentrate needs to be diluted in water and is excellent for inoculating new or existing plants.

Big Foot blend is a new take on mycorrhizae. Most products on the market don’t utilize all of their potential. Big Foot was created to be efficient.

During the first stage of development, Big Foot experimented with the carriers of our product. It was quickly discovered that we could utilize our carrier as a powerful tool. This was the “lightbulb” moment for us. Big Foot replaced most of the traditional inert carriers found in other products with carriers that actually stimulate and promote the mycorrhizae. This has been a game changer.

By combining the world’s most powerful mycorrhizae and high performing ingredients as the carrier, Big Foot has mycorrhizae colonization levels that are unrivaled.

“Mycor” – “rhiza” literally means “fungus” – “root” and defines the mutually beneficial relationship between the plant and root fungus. These specialized fungi colonize plant roots and extend far into the soil. Mycorrhizal fungal filmaments in the soil are truly extensions of root systems and are more effective in nutrient and water absorption than roots itself. 95% of the worlds plants form a relationship with mycorrhiza.

What does Mycorrhizae do for plants?

These Mycorrhizal fungi increase the surface absorbing area of roots 10 to 1,000 times, thereby greatly improving the ability of the plants to use the soil resource. Estimates of amounts of mycorrhizal filaments present in soil associated with plants are astonishing. Several miles of fungal filaments can be present in less than a thimbleful of soil. But mycorrhizal fungi increase nutrient uptake not only by increasing the surface absorbing area of roots.

Mycorrhizal fungi release powerful enzymes into the soil that dissolve hard-to-capture nutrients, such as phosphorus, iron and other “tightly bound” soil nutrients. This extraction process is particularly important in plant nutrition and explains why non-mycorrhizal plants require high levels of fertility to maintain their health. Mycorrhizal fungi form an intricate web that captures and assimilates nutrients, conserving the nutrient capital in soils.

What other functions do Mycorrhizal fungi perform?

Mycorrhizal fungi are involved with a wide variety of activities that benefit plant establishment and growth. The same extensive network of fungal filaments important to nutrient uptake is also important in water uptake and storage. In non-irregated conditions, mycorrhizal plants are under far less drought stress compared to non-mycorrhizal plants.

Save this product for later
Display prices in: USD
The Mantis 9 crew and grow shop is definitely the place to get all your indoor and outdoor growing needs taken care of all in one store. from seed to harvest these guys got you covered. Definitely a grow store not to miss ,selection ,knowledge and helpfulness is their game 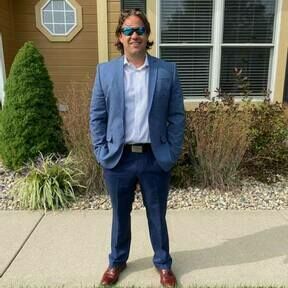 Mantis 9 is a locally owned grow store serving the greater Kansas City area and beyond!!

We are not your every day grow store, we strive to be different by offering a wide variety natural and organic products and services such as our own brand of soils, worm castings and nutrient line.

By manufacturing our own products along with our in house services we can save you time and money on your next growing adventure!

Our brands are sold throughout the Midwest to ensure our customers have access to quality, all organic products anywhere. Ask for our products by name "Third Eye Organix and Mantis 9"!!!

Conveniently located right off I-70 and 40 highway, sitting right next to V's restaurant!